Heat Soak Testing requires that the glass is heated to a very high temperature, 290°C, and left for a time long enough to fracture a large proportion of the panes which may otherwise fracture in service. It is a process recommended for glass used in high risk areas where breakage may result in serious injury; sloping overhead canopies (inside pane only), bolt fixed structural glass assemblies and free standing balustrading. The risk is greatly reduced but due to the nature of glass it can never be completely eliminated.

Of the various causes of ‘spontaneous fracture’, only that associated with the presence of foreign particles in the glass is more likely to cause fracture in toughened glass than in other forms of glass, because they can disturb the very high built-in stresses in toughened glass. While there are several (rare) types of foreign particles that may cause ‘spontaneous fracture’ of toughened glass, one type in particular, nickel sulphide, is directly associated with the toughening process.

In 1962, Ballantyne of the CSIRO (Building Research, Melbourne) published a report indicating that the cause of many spontaneous breakages was nickel sulphide (NiS). NiS is a complex material, which undergoes a phase change (a change in crystalline structure), at 380oC, which is accompanied by a volume change. The 1-NiS, which is stable above 380oC, has a smaller volume than the 2-NiS, which is stable below 380oC. The toughening (tempering) process in glass requires the glass to be heated to around 620oC followed by rapid cooling. Any NiS in the glass is converted to the 1 phase at the high temperature, but the rapid cooling does not allow time for the conversion back to the 2 phase. The NiS is thus ‘frozen’ into the toughened glass in an unstable form. Over a period, the 1 phase slowly converts back to the 2 phase, the conversion being accompanied by an increase in volume of 2%-4%. If a particle (inclusion) of NiS is sufficiently large and is in the central (tensile stress) zone of the toughened glass, then the expansion caused by the conversion can exert sufficient excess stress to cause a crack to propagate, leading to disintegration of the pane.

Source of NiS The NiS is a contaminant in the glass. Sulphur compounds are unavoidable, but the nickel can be reduced by careful control. Sources of nickel contamination have been found in the raw materials, the fuels, and the component parts of the melting tank structures and the steel components of equipment in the melting tanks. Reputable glass manufacturers have taken action to reduce nickel contamination over the 30 years since NiS was shown to be a cause of spontaneous fracture. The occurrence of NiS in glass is now considerably lower (by at least an order of magnitude) than it was in the 1960’s.

NiS inclusions are difficult to detect. The size of the inclusions is below the limits for extraneous particles detectable by quality control systems in glass manufacturing plants. They are relatively infrequent and there is no easy method of finding a NiS inclusion other than at the origin of a fracture, which has been caused by one. Factors Affecting Breakage’s Due to NiS Three main factors have a considerable effect on breakages due to NiS inclusions. (a) The rate of conversion from the 1 phase to the 2 phase is temperature dependent. At higher temperatures, the chemical reaction of the conversion will proceed at a faster rate. Thus, glass, which is subjected to higher service temperatures, will show higher initial rates of breakage due to NiS inclusions. This will affect especially solar control glasses and spandrel panels, which tend to show higher rates of breakage. (b) The volume of the NiS inclusion must be sufficiently large. In practise, NiS inclusions, which have caused breakage, have been measured with sizes between 0.04mm and 0.45mm in diameter. The size of inclusion will also affect the time needed to generate failure stress, since, in a larger inclusion; total conversion is not necessary to develop a critical volume increase. (c) The initial central stress in the toughened glass also contributes to the probability of breakage. The higher the built-in stress, the smaller is the size of inclusion required to cause fracture. Theoretical studies indicate that inclusions larger than 0.04mm diameter are required to fracture fully toughened glass, while inclusions greater than 0.25mm diameter could originate fracture in heat strengthened glass. (Inclusions larger than 0.25mm diameter are known to occur, and some fractures in heat-strengthened glass have been attributed to NiS.)

DISCLAIMER: The information contained in this document is a guide only and is NOT a WARRANTY for fitness or purpose. Actual performance may vary depending on application. 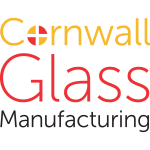