The Poppy Of Honour – Displaying over 1 million individual poppies with the hand written names of every serviceman and women killed or reported missing in action during WW1.

What a privilege to supply, process and deliver the glass to encase this memorial. 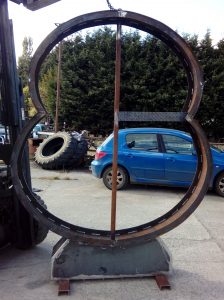 The Poppy rib, constructed of welded steel forms the frame for the memorial. 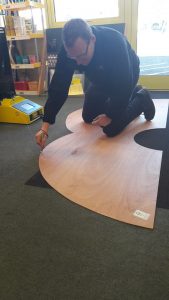 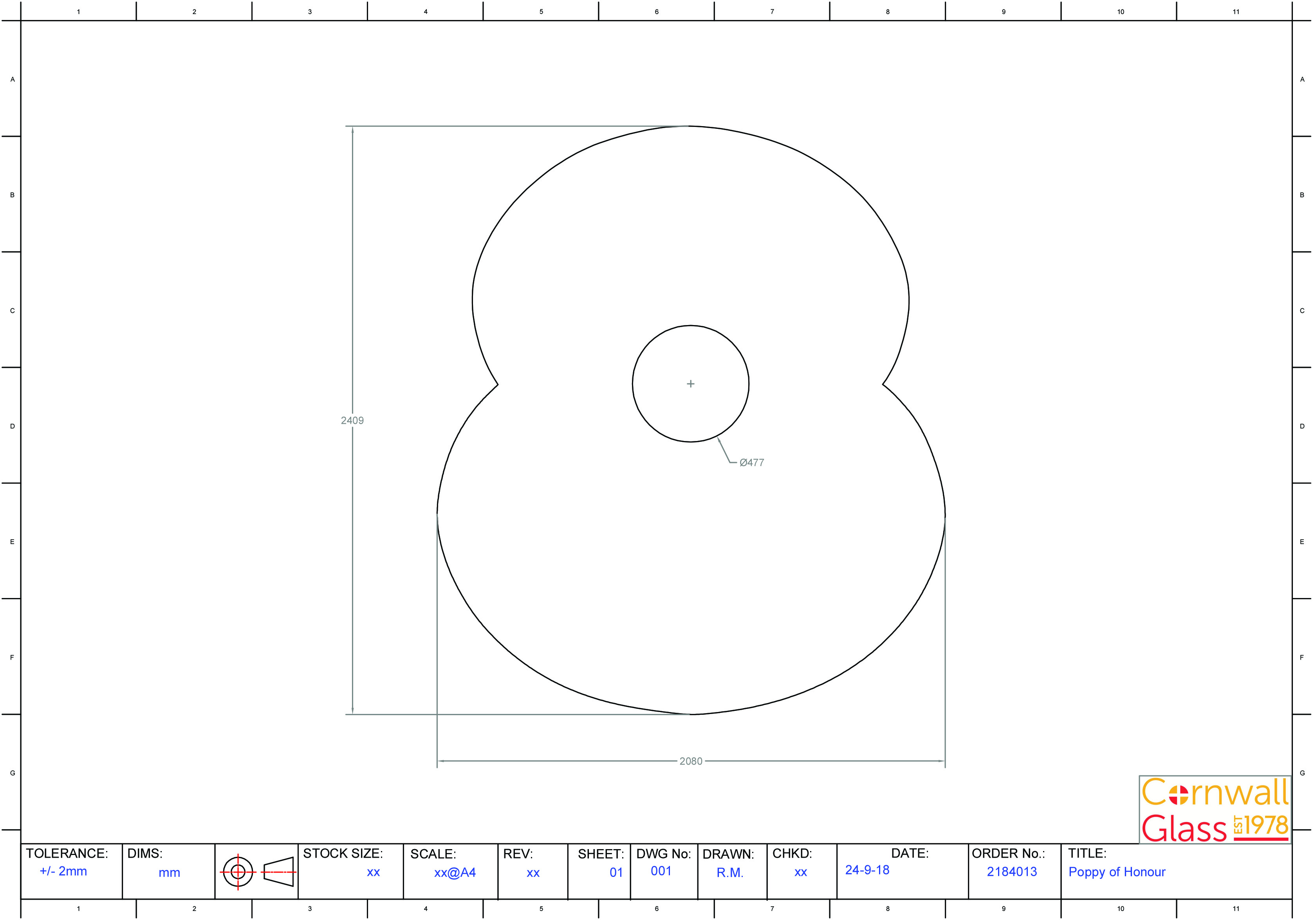 Rob from our St Austell branch painstakingly marks the dimensions from the supplied template for the CNC machine to enable us to cut the glass. 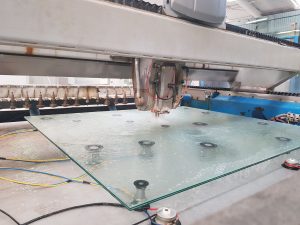 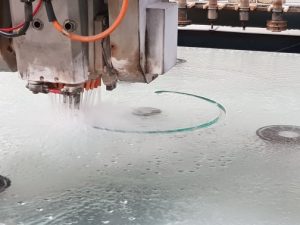 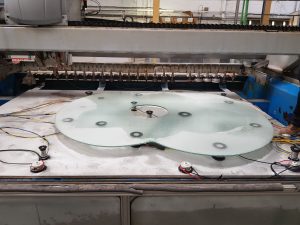 Our CNC machine precisely cuts the 10.3 mm laminated glass in to the Poppy shape. 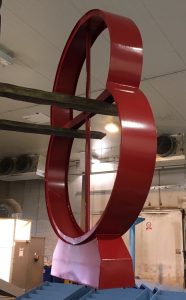 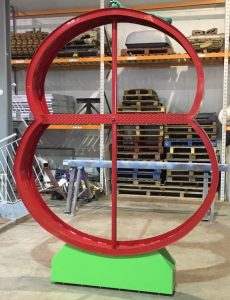 The poppy frame is painted ready to have the 1,117,635 Poppies put into place. Each individual Poppy is hand written with the Rank, Name and date they were Killed  or Missing in action. 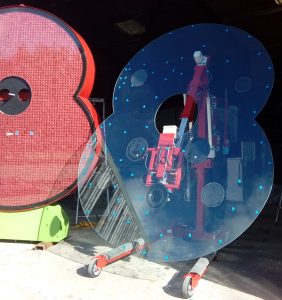 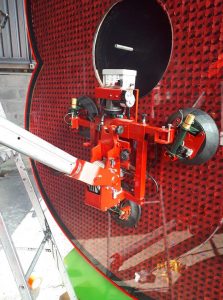 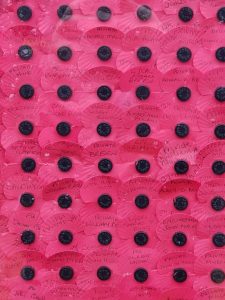 Once transported from our St Austell factory up to Somerset National Windscreens skillfully fitted the glass casing over the poppies.

Transported to Wincanton using the Royal British Legions lorry and then winched into place for the unveiling ceremony. 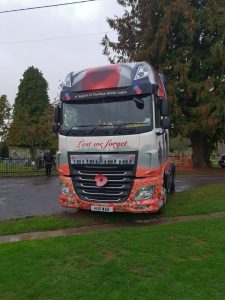 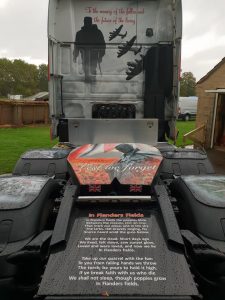 The emotive ceremony was conducted in the cold and rain reminding attendees of how it must have felt to be in those conditions for an hour and a half – they had warm homes to return to. Cornwall Glass Director, Paul Garrard who attended the ceremony said “it was a very moving ceremony” adding “it was an honour to be part of such a worthy recognition of those who have given so much.” 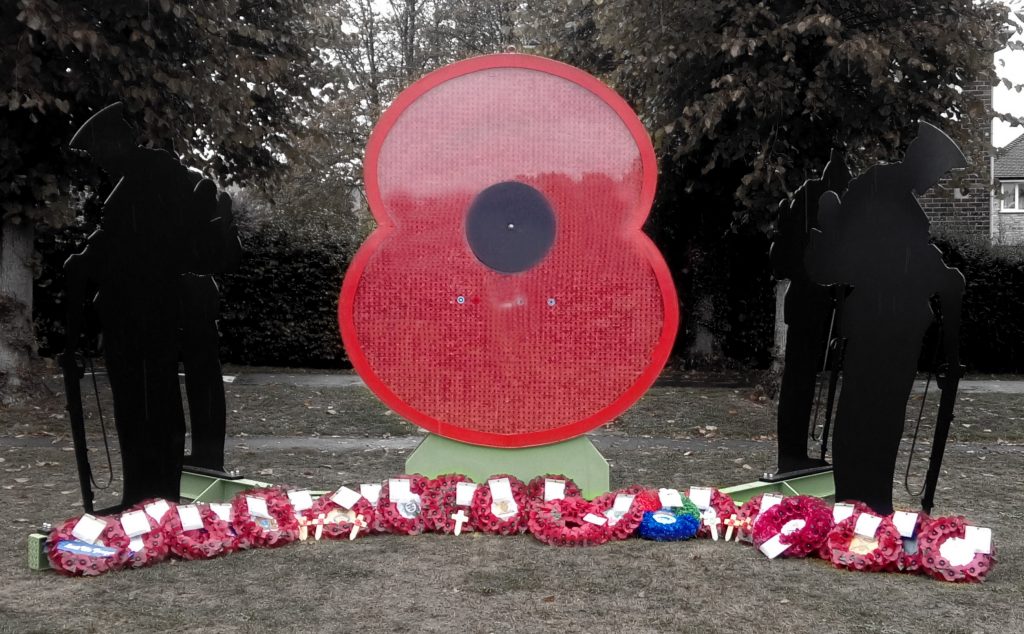 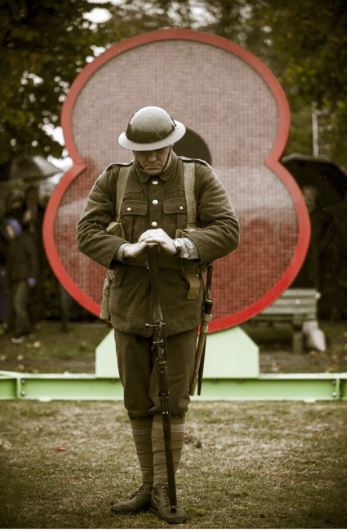 With proud thanksgiving, a mother for her children,
England mourns for her dead across the sea.
Flesh of her flesh they were, spirit of her spirit,
Fallen in the cause of the free.

Solemn the drums thrill: Death august and royal
Sings sorrow up into immortal spheres.
There is music in the midst of desolation
And a glory that shines upon our tears.

They went with songs to the battle, they were young,
Straight of limb, true of eye, steady and aglow.
They were staunch to the end against odds uncounted,
They fell with their faces to the foe.

They shall grow not old, as we that are left grow old:
Age shall not weary them, nor the years condemn.
At the going down of the sun and in the morning
We will remember them.

They mingle not with their laughing comrades again;
They sit no more at familiar tables of home;
They have no lot in our labour of the day-time;
They sleep beyond England’s foam.

But where our desires are and our hopes profound,
Felt as a well-spring that is hidden from sight,
To the innermost heart of their own land they are known
As the stars are known to the Night;

A Poem by Robert Laurence Binyon; Too old to enlist for the First World War Binyon volunteered at a British Hospital in France and cared for soldiers taken in from the battlefield. The fourth verse has been adopted by many nations as a tribute to all casualties of war.