Glass supply in the UK is changing. We find out what is happening and why?

We know about the pressure on glass supply, the shortages of laminates, the impact of cold repairs, but the COVID-era has led to another phenomenon – the rise of regional IGU and glass suppliers. 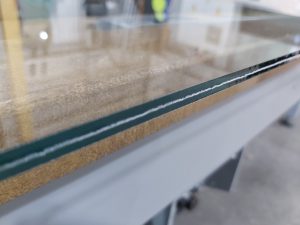 “I don’t know if it’s been the product of a review of their operating models that coincided with COVID-19 and disruption to supply, or a direct consequence of it, but what I can say with absolute certainty, is that this spring and early summer, the very big IGU manufacturers started to shed customers”, says Mark Norcliffe, Joint Managing Director, Cornwall Glass Manufacturing.

He continues: “We know because at that point we became inundated with new supply requests from business which had, up until then, been buying from them.”

Processing glass and manufacturing IGUs across all three sites in St Austell, Plymouth and Highbridge, Cornwall Glass Manufacturing is a division of Cornwall Group. With the majority of its customers drawn from the South West, Southern England and South East Wales, it operates firmly on a regional model.

“A lot of people were struggling. They were cut loose by their IGU and glass suppliers at a time at which the pressure on the supply chain was starting to bite”, Mark says. “We were able to help some, but not everyone out.

“We like everyone else have had to prioritize our existing customers, while in common with the rest of the industry we were and still are, on allocation from our own suppliers. It’s been very difficult for a lot of people”, he adds.

Pressures on glass and particularly IGU supply, have dogged the industry for much of this year. While COVID-19 has certainly done little to help, their cause has been more widely attributed to cold repairs by two of the UK’s three float glass manufactures this spring and summer.

The industry has also seen additional pressure on supply of laminates, in this case attributed to the availability of PVB resin, this time attributed to disruption at a manufacturing site in the US. With further disruption to global shipping, this has led to a perfect storm of challenges.

“As I said, there was a lot of business to take but given the constraints on supply, we’ve been very conscious of not over-trading”, continues Mark.

“It’s been tight, we’ve had to extend our lead times but by and large, we’ve delivered. We don’t operate on the massive scale of the big IGU manufacturers which has perhaps given us more 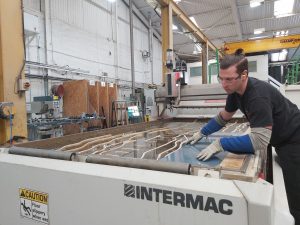 resilience during this period and we haven’t had to make the decision to cut customers – even though for a period we have not been able to bring as many as we would have liked to, on.

“I think as we come out of the current period of flux, the decisions that were made during it, have reshaped the market. The model of very large-scale IGU supply will still be here but it will look less appealing for a lot of customers.”

Cornwall Glass announced plans to further expand its operational capability in March with a pledge to commit £6m to its Highbridge operation. This will include the ability to manufacture over-sized units at a second facility, heat soak capability and specialist glass processing operations.

“We see an opportunity”, says Mark. “We operate across three sites and are investing in all three and developing increased specialism to handle and supply over-sized product, with a pre-existing large-scale capability in Plymouth, and going forward, Highbridge.

“That model is firmly built around regional supply, in the South West and more widely into southern and central Southern England. We’re also investing in our fleet and our distribution network, but our focus remains firmly on regional supply.”

Mark argues that new border controls has also made the UK a less attractive prospect to EU-based IGU suppliers. “It wasn’t only the UK big UK based suppliers who were dropping customers. Some of the big European exporters have also pulled back their operations.

“Increased paperwork, disruption at the ports appears to have made a lot of suppliers reconsider the viability of some of their drops.”

Combined with the restructures seen in March and April, the evidence suggests that the landscape for IGU supply has changed significantly in the past six-months.  So, will it stay that way?

“For me, there has been a question mark over the viability of some of the drops that big IGU suppliers were making, and we’ve seen those cut”, Mark says.

“What we’ve seen on top of that is additional value in service and partnership. That’s very difficult to achieve if you’re supplying customers nationwide or from outside of the UK.”