Cornwall Glass announces a major restructure, allowing our own businesses to buy from competitors and even dropping ‘glass’ from the name of our newly formed Group.

Cornwall Glass, or perhaps more accurately, the newly formed Cornwall Group, announced a major restructure of its businesses at the beginning of this month. With effect from 1st July Cornwall Glass stopped being ‘Cornwall Glass’, creating instead a new Group entity with three trading divisions.

Each a Limited company in their own right, they sit under a new Group function, encompassing IT, Finance, HR, Marketing and Health and Safety, the Cornwall Group. 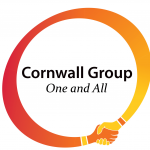 “It may appear a radical step, but I see it as more of a logical evolution of the business”, says Mark Mitchell, Chairman, the Cornwall Group. “Over the last 40 year’s we’ve grown from a family business to a much larger entity and we wish to change the way that we run things.

“The values that we have instilled in the business will still be there but we’re increasingly and will be less family-centric, while the new divisional and board structure that has been brought in will bring new agility to what we do and ultimately deliver improved service to the customers we work with across the different areas of those businesses.”

Cornwall Glass was founded as a small family business, Dave Mitchell Glass & Glazing, in Truro in 1978. Although the company retains a strong presence in Cornwall with sites in Penzance, St Austell and Newquay, it crossed the Tamar into Plymouth and then through Devon to Exeter and Bristol.

The expansion north, including a series of acquisitions starting with its purchase of Solaglas in 1998, adding Westcountry Glass, Exeter & Mackenzie Glass Centres, the M5 Glass Centre and Colston Glass Centre, amongst others.

This included a £5 million investment in 2016 in its new purpose-built IGU and processing factory in Langage, Plymouth giving the group an IGU line with scale and capacity to manufacture architectural IGU’s alongside standard units.

The Plymouth site forms the hub of the new Cornwall Glass Manufacturing division, with IGU plants at St Austell and Highbridge, just south of Bristol.

“What we’re looking for is focus. Previously we had a board of 11 colleagues drawn from throughout the business. We’d have these marathon board meetings. We might have time to focus on the big items but not the second-tier issues.

“It wasn’t that they weren’t important. We simply didn’t have the time to discuss them. We’d grown to be a £20 million turnover business but our structure hadn’t changed as we’d grown – we weren’t agile enough.

“Having seen how effective a small board could be at Mackenzie Glass, which includes Mark Herbert and Matt Prowse, Mackenzie’s joint Managing Directors and me, we wanted to replicate that model within the rest of the business”, explains Mark.

This sees the creation of a new board for Cornwall Glass Manufacturing made up of new joint Managing Directors, Mark Norcliffe, Cornwall Glass’ former Sales Director and Mark Knight, its former HR Director. They’re joined by Technical Director Angus Herdman – and the common denominator across divisions – Mark Mitchell.

“We’re already seeing synergy. The General Managers of each of the three manufacturing sites are already getting together and sharing ideas. It’s brought new focus to what we do and with it, efficiencies and improved product quality and service.”

‘Putting its money where its mouth is’

If the changes to its management structure are the product of an evolution of its business, a decision to free its retail and glazing division, Cornwall Glass and Glazing to buy from outside group, is more radical.

“When we announced it, I got push back. I was told that if businesses within the Glass and Glazing division went outside the business for supply, I wouldn’t like it. My reply is, that as long as there is a credible reason to go outside of the group to give customers a better service or access to a better product, I don’t have an issue with it.

“The divisions and businesses within them have to be autonomous and not just puppets of the group or what we’re doing isn’t credible. I don’t want to fudge it and just split the business for the sake of it. I want us to be continually striving to be better at what we do and deliver more to our customers.

“The money at the end of the month is going to be real. We had inter-company payments before but ultimately it sat in the same account – it was paper money. This is going to move bank to bank.

“That’s going to bring more focus to everything that we do and with it, improve the levels of service and product offer that we deliver to all of customers.”

Restructuring on the ‘high street’

The restructure of its businesses also extends to its glazing and retail operation. This has seen Cornwall Group and the Glass and Glazing Division rationalise its network of trade counters including the closure of sites in Warminster and Launceston, and consolidation of sites in Exeter and Plymouth from two to one location in each.

“It’s been in some cases a very emotional decision. We’ve had some of these branches for 25 or 30 years – but that’s not the point. Trade counter and retail has changed drastically in that time and we need to change with it”, Mark says.

“Paul Garrard who is new divisional MD, has had to make some difficult decisions but they’ve been the right ones. Retail is very challenging, particularly where you’re in town centre locations. Rents, business rates – they’re exceptionally high.
“It’s not just us, ask Philip Green and Arcadia. We need to change how we approach retail.”

While this process of change has featured the closure of sites, it has also included investment to the tune of a cool £1.4 million in a new super-sized facility in Truro. “It’s a departure for us because its located outside the town in a very prominent location. It’s not quite as big as a Range or B&Q but it’s big”, says Mark.

“At our heyday we had 12 small trade branches but those days are gone and we need to change to accommodate different challenges, particular those presented by online retail. Fortunately glass still doesn’t travel too well by post!”

A new Group, no ‘glass’ and future acquisitions

Cornwall Glass’ expansion has been the product of organic growth and acquisition. It’s acquisition of Mackenzie Glass but also Hayes-based multi-laminate specialist, LW Architectural Glass in April 2017. This purchase, however, complicated by the rental agreement for the site, Cornwall Glass opting to close down the facility, placing machinery and equipment into storage.

“We’re still sitting on all of the assets from LW”, continues Mark. “It’s hugely frustrating but we need to find the right site and most importantly the right location – and we’re actively looking- but when we have found it we will make a multi-million pound commitment to the creation of a dedicated laminate facility.

“We don’t, however, have the space within our existing sites. It would be my preference to acquire another glass business rather than set up from scratch.

“If, we could find a location with 50 or 60,000 sq ft perhaps up in Swindon, Gloucester, South Wales or down on the South Coast, where someone wanted to exit the business or where a business was unfortunately in distress, then we’d be interested.

“The problem is less about location than it is about people. You need people with that background and experience in glass. We could set up from scratch but I’d prefer not to.”

The decision to leave ‘Glass’ out of the title of the new Cornwall Group is also notable. “We will be an acquisitive Group. Larger glass businesses are contracting so growth for us is going to come through acquisition.

“Glass will remain our focus and is the sole focus of the divisions but as a Group we may have other interests outside of this core area of activity.

“For now, however, it’s about bedding in the changes we have already made. We’ve changed things here and there, done a little pruning to improve efficiency, and as you know if you garden, if you get that pruning right, your garden the following year will blossom.”